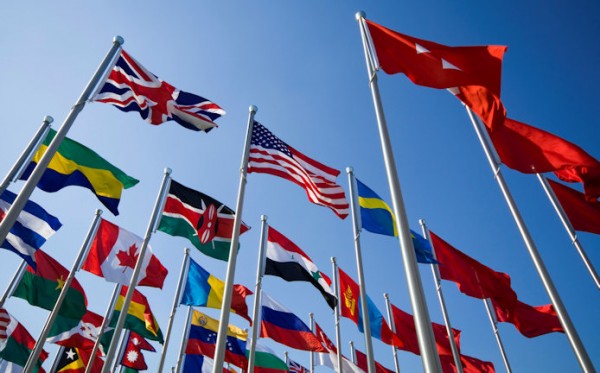 The Riskiest Countries to do Business

According to a new study published by property insurance group FM Global, based on data from the International Monetary Fund, the World Economic Forum and the World Bank, Haiti, Venezuela, Nepal, Ethiopia, Chad and Pakistan are now the riskiest countries in the world to do business based on their hurricanes, earthquakes, terror and political upheaval. Switzerland was named the safest destination for business reflecting the fact that the Alpine country is “among the best in the world for its infrastructure and local suppliers, its political stability, control of corruption and economic productivity”, FM Global says.

Luxembourg took the second spot, having risen from eighth in 2013, partly as a result of its reduced reliance on oil for economic productivity and continued growth in the importance of its services sector. “Luxembourg enjoys a strong reputation for its financial sector, its network of service providers, and its responsive, business-friendly regulations,” according to the data report.

Overall, the UK ranked 16th, behind countries like Australia, Belgium, Qatar, the Netherlands, Finland, Denmark and Norway.  Sweden, Austria, Germany and Belgium took third, fourth and fifth spot respectively. China and the US were both subdivided into regions for the ranking, taking into account their vast geographical spreads encompassing very disparate exposures to natural hazards, like wind, floods and earthquakes. As a result, the US ranked 9th, 10th and 18th and China ranked 68th, 72nd, 66th.

Especially in the Middle East, FM Global said that cyber-crime was one of the driving factors of risk in the 2017 ranking. The study found that in general, countries ranking high in internet penetration and low in civil liberties were most at risk of succumbing to a cyber-attack, which in turn would place them further down the overall ranking. The four countries ranking lowest in the index for inherent cyber risk were Saudi Arabia, ranked 56th out of 130 in the overall index, Bahrain, ranked 44th, United Arab Emirates, ranked 32nd and Qatar, ranked 13th.